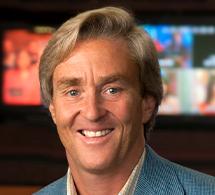 Jim is one of the most respected experts and entrepreneurs on issues related to children, education, and media and technology in the United States. He is founder and chief executive officer of Common Sense, the nation's leading nonpartisan organization dedicated to improving the lives of kids and families by providing the trustworthy information, education, and impactful voice they need to thrive in the 21st century.

Jim is also a nationally known author, having written the widely acclaimed book Talking Back to Facebook in 2012, as well as another highly successful book, The Other Parent: The Inside Story of the Media's Effect on Our Children in 2002. Prior to launching Common Sense, Jim was chairman and CEO of JP Kids, a leading educational kids' media company. Before that, he was the founder and president of Children Now, the highly respected national advocacy and media organization for children, which he founded in 1988. In addition, Jim co-founded the Center for the Next Generation with his younger brother Tom Steyer in 2012.

Jim has long been an award-winning professor at Stanford University, where he has taught popular courses for more than 30 years. He is a consulting professor in the Stanford School of Education as well as the Center for Comparative Studies in Race and Ethnicity, teaching a variety of courses on civil rights, civil liberties, and education issues. Among other honors, Jim has received the university's highest teaching honor, the Walter J. Gores Award for Excellence in Teaching, which is awarded annually to three Stanford professors. He was also voted by the students to be Class Day speaker at Stanford's graduation exercises.

Jim began his professional career as a law clerk for Justice Allen Broussard of the California Supreme Court. He then served as a civil rights attorney, working for the NAACP Legal Defense Fund. There, he helped spearhead the Poverty and Justice Program, focused on developing national legal and legislative strategies on behalf of lower-income African Americans. In addition, while still in law school, Jim was a founder and original chairperson of the East Palo Alto Community Law Project. This nonprofit law office served for over 30 years as the primary source of legal services for lower-income families in East Palo Alto and has been the training ground for hundreds of students at Stanford Law School.

Jim's long-standing commitment to disadvantaged children and to teaching began decades ago when he was a remedial reading tutor to at-risk kids in New York City public schools. Since then, he has taught reading and math to disadvantaged students in Harlem, East Palo Alto, and Oakland, California, and he spent more than 10 years as a volunteer teacher to second-, third-, and fifth-graders in East Oakland.

In addition to his activities as an advocate, author, and teacher, Jim serves regularly as an expert commentator on many national TV and radio programs. He frequently appears on national television on shows and networks including The Oprah Winfrey Show, The Today Show, Good Morning America, Fresh Air, The CBS Morning Show, CNN, Fox News, MSNBC, and 2020.

Jim grew up in New York City and went to college at Stanford University. He graduated Phi Beta Kappa and was awarded the Lindsey Peters Award for Outstanding Work in American Government. After two years of community development work in Asia, he returned to Stanford Law School, from which he received his J.D. in 1983. Jim lives in the Bay Area with his wife, Elizabeth, and their four children, Lily, Kirk, Caroline, and Jesse.